Behind the Scenes at a Birds of Prey Show 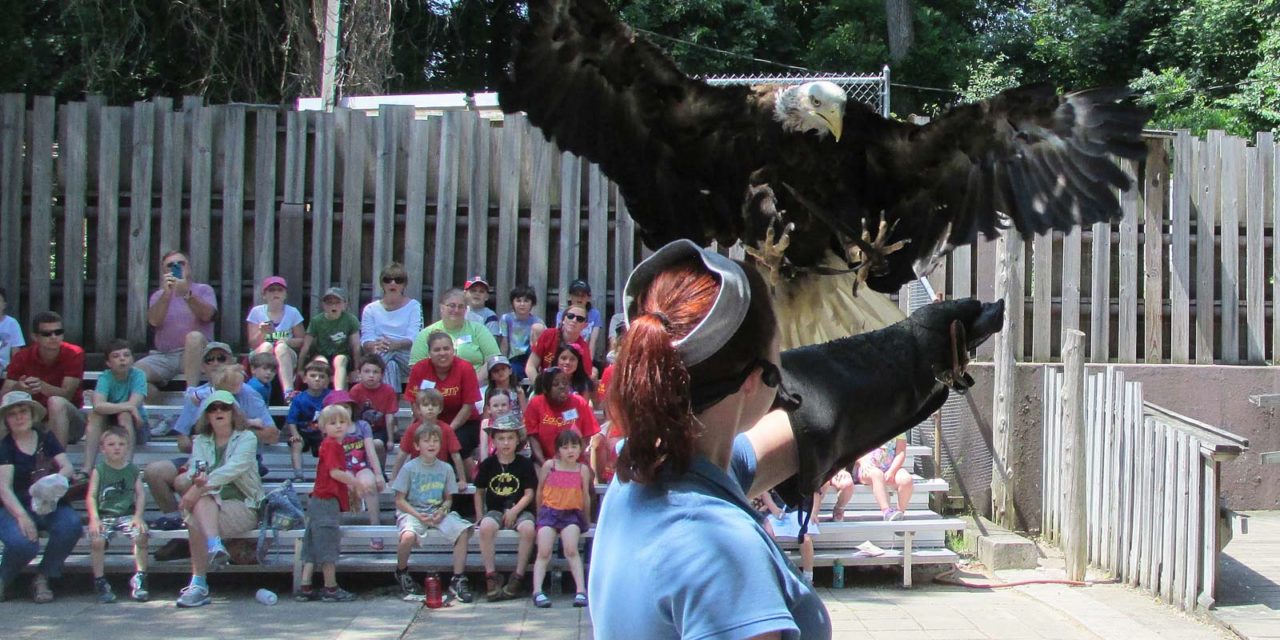 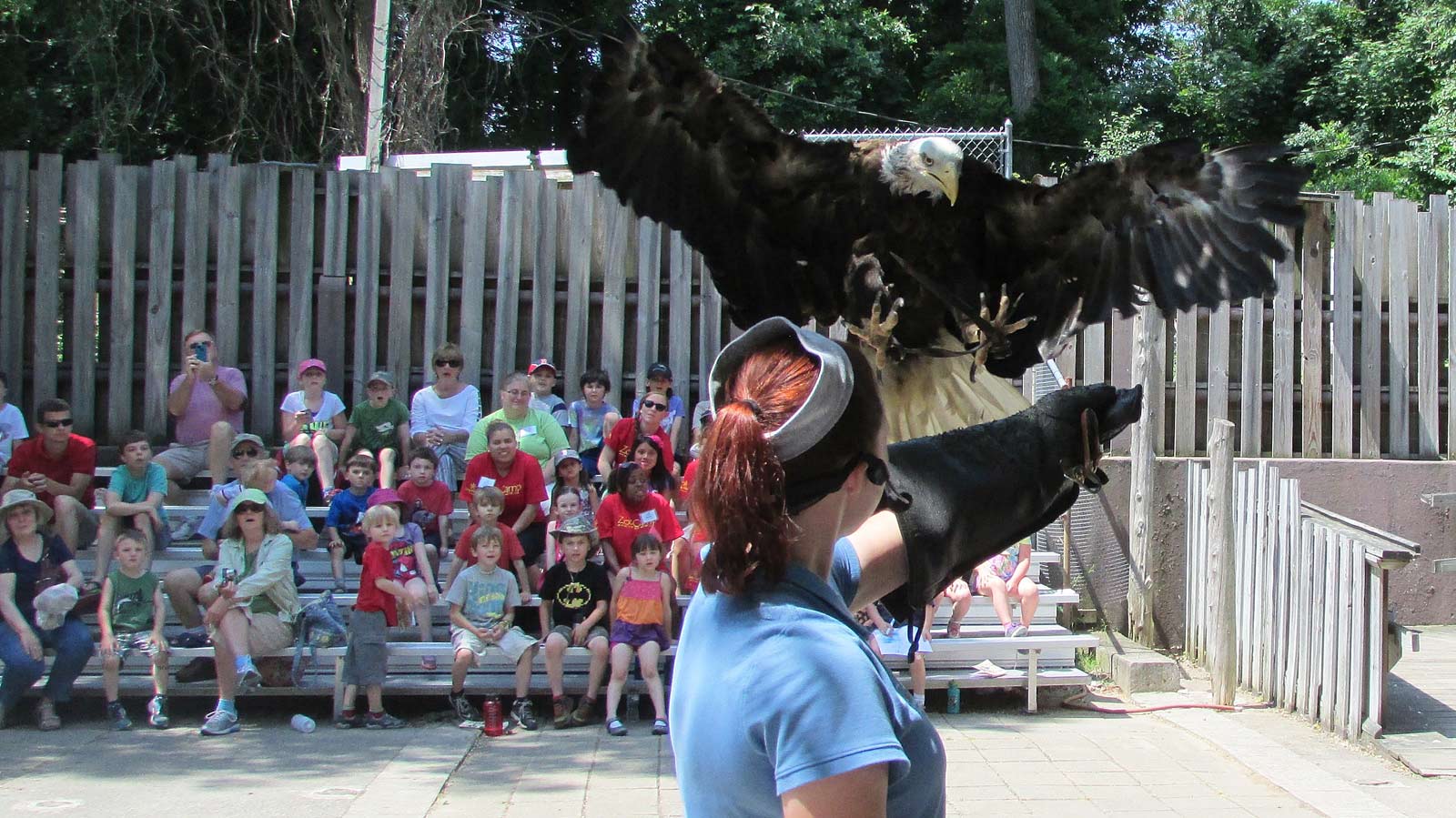 A free-flight birds of prey show. I have seen hundreds of them, and I still get a wave of childlike giddiness every time I get the chance to see another one. I know I’m not the only one that believes that they are always an absolute highlight of zoo trips. There’s just something about watching a raptor soar inches above my head that takes my breath away. The speakers and trainers point, the bird flies, all of it happens in near perfect synchronization. Watching the speaker on stage, talking so calmly about the bird, engaging the audience with every syllable, it is extremely easy to believe that the entire show is effortless. However, as an experienced veteran to the “Birds of Prey” show world, I can tell you that behind the scenes, a lot of time, patience, and sometimes backbreaking work goes into every individual show. Allow me to give you a (VERY brief) glimpse into what goes on in the daily life of a Bird of Prey Show Trainer.

The most time-consuming and important part of the day is simply caring for the birds. A small—but no less important—part of this involves health checks, equipment inspections, and enriching their environments. But, birds are living animals. They breathe, they sleep, they eat, and (you guessed it) they “go to the bathroom.” And what happens when they “go to the bathroom?” I get to clean it up. Fun fact from Flannery: The bigger the bird, the bigger the mess. I strongly believe that some of the eagles I worked with would have nightly contests to see who could “slice” the farthest.

What’s a “slice?” Well, it is essentially when a bird leans forward and shoots urates out of its cloaca like the world’s nastiest rocket.

What’s a “slice?” Well, it is essentially when a bird leans forward and shoots urates out of its cloaca like the world’s nastiest rocket. Yes. Ew, is right, and trainers get the lovely task of cleaning them up. Constantly. We spend hours of our workday making sure each and every environment is spotless and completely sanitary. We scrape, we spray, we scrub, we dry, and we scrub some more. If we wouldn’t curl up and sleep or eat our food there, it isn’t clean. The vast majority of our day goes into ensuring sanitary perfection. 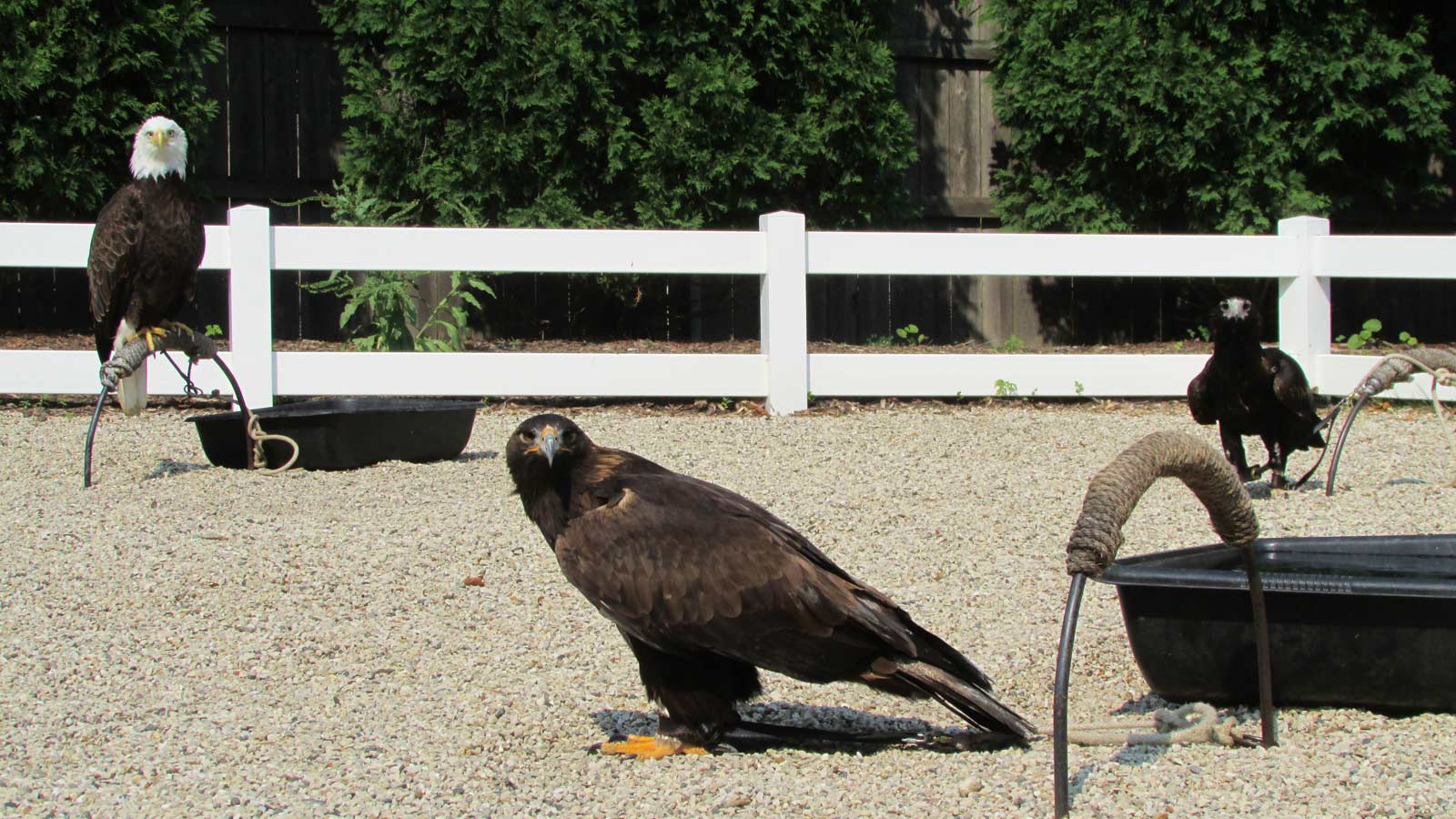 “I strongly believe that some of the eagles I worked with would have nightly contests to see who could “slice” the farthest.”

The part of the day that takes up the second most amount of time? Preparing food. Compared to cleaning up poop, that does not sound so bad right? Wrong. Birds, like every living thing, need to eat. Little birds need to eat, big birds need to eat, every bird needs to eat. But, remember, I worked with birds of prey. I didn’t divvy out birdseed or pellets to these babies. Oh no, they got large slabs of nasty, bloody, raw, meat. Not grocery meat, but instead rats, rabbits, mice, and chicks. The specific food I fed was previously deceased, frozen (to ensure any potentially harmful bacteria was not passed onto our beloved birds), and then thawed for consumption. That, however, does not make it any less disgusting to prepare. I’ll save you the nasty tidbits and simplify the process nicely. We chop, dice, or skin depending on the dietary needs of each individual bird. Some of our birds needed fruits or other things in their diets and we would add them as we went. Every single diet was carefully prepared until it was perfectly suited with everything a happy bird could ever hope and dream to have. The part of the job that makes people the most nauseated? The speaker and trainers have to feed the birds those scrumptiously bloody chunks of rat, rabbit, mouse, or chick. Here’s another fun fact from Flannery: We don’t wear gloves. There’s a reason we strongly advise against shaking our hands post-show.

There’s a reason we strongly advise against shaking our hands post-show.

Moving on! Next, comes practicing the birds. In order to have a successful show, you need to have a bird and trainer(s) team. Let me say that again. Not just a bird and a trainer, but a TEAM. The trainer has to know and respect the bird just as much as the bird has to know and respect the trainer. If they don’t respect each other, or if the trainer doesn’t truly KNOW the bird, things can go awry. Each day requires earning the respect of the birds and building that team relationship. Once that relationship was established, training could begin. I can’t do a backflip, but if someone offered to give me an entire Hawaiian pizza, you can bet your booty that I would try my hardest to nail that backflip. I love to eat, and so do birds. They would do almost anything to get some deliciously nasty, raw meat. So, we trained our birds exactly like you train a dog, using good, ol’ positive reinforcement. Whenever our birds fly where we asked, they receive some yummy food. Birds of prey are extremely intelligent, and it doesn’t take long for them to realize what we asking from them. This right here, is what hooks us bird show people in. We deal with the nasty cleaning up, the long days, and the bloody food, for this one moment. The exact moment when the bird you’ve dedicated an entire season of time and patience to, not only nails exactly what you are asking for the first time, but then turns and anticipates exactly what happens next. The trainer/speaker/bird combination, when given enough practice and time, is like an extremely well-oiled machine. The next time you watch a bird show, watch the birds. Really watch them. Watch their head turns, watch their movements, and watch their eyes. You will see the gears turning as they focus on each and every flight. They’ve practiced, and they know what comes next. That’s the part that requires the most amount of work, not over the course of the day, but over the course of months. And that’s the part that makes it all worth it. 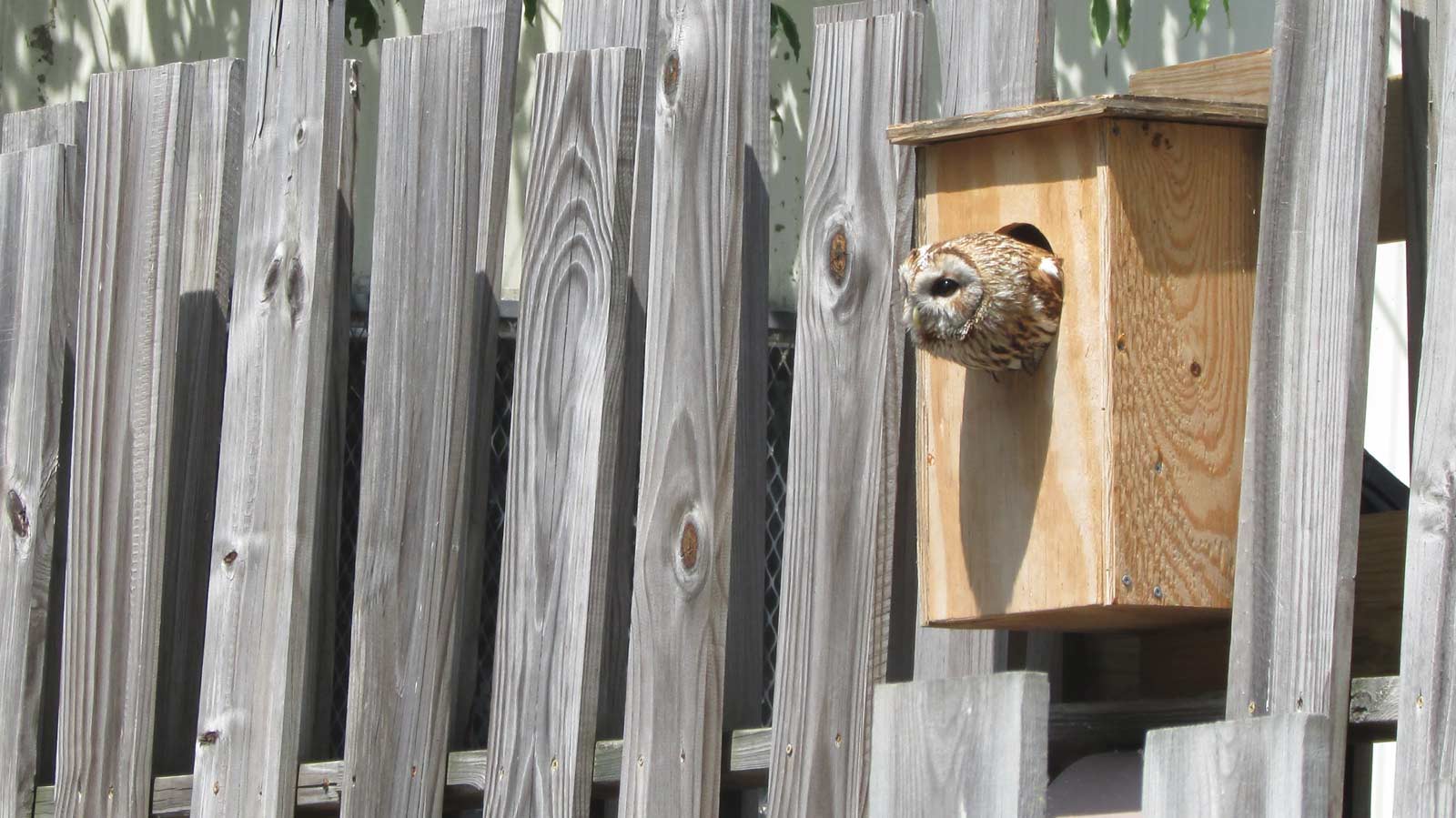 “They’ve practiced, and they know what comes next.”

Like I said earlier, that was an extremely simplified very abridged version of what goes on behind the scenes at a single show. It doesn’t include learning scripts, memorizing facts, perfecting cues, or the numerous other jobs each trainer has to accomplish on their own. Each show only lasts 20-25min. Each bird only flies for about 2-3min each. The audience thinks all they see is 2-3min of work each for those 20-25min. In reality, in those few short flights, they are watching hours upon hours of preparation and work over a series of days, weeks, months, or even years. All of that work can be hard to see…unless you know where to look. 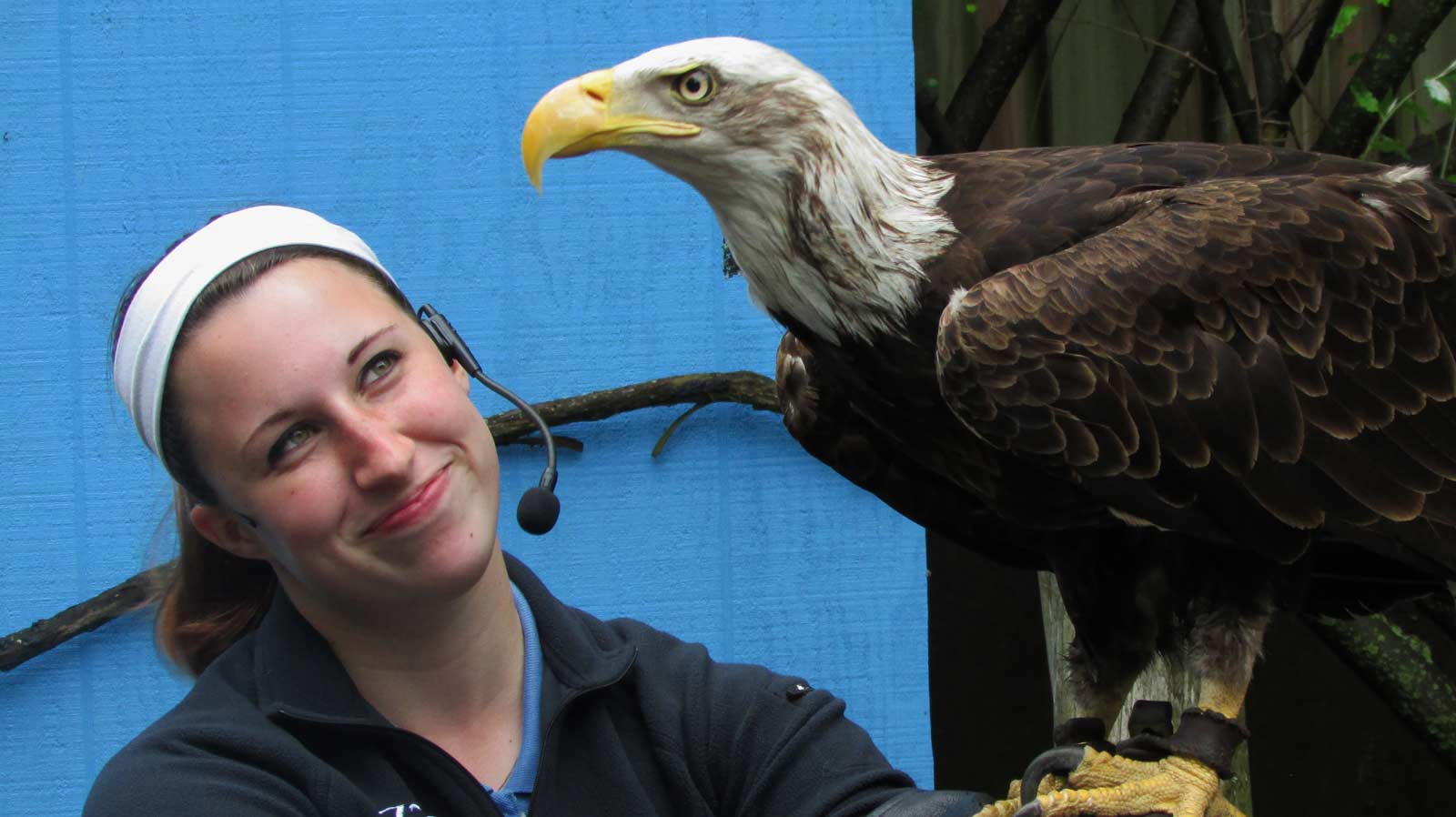 “Often, you don’t even have to look closely to see the pride they have for the bird…”

The next time you watch a birds of prey show at a zoo or local sanctuary, think about the amount of time and work that goes on behind the scenes. If you really want to see a glimpse into the amount of work that went into that one bird, don’t just watch the birds. Look at the trainers and speakers. Often, you don’t even have to look closely to see the pride they have for the bird and every single flight. Each and every flight is a big deal to us, and we express it with every word we speak. “We worked hard with this bird, now listen as we tell you why it is the coolest animal you will ever see.” 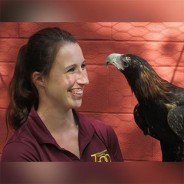 Flannery is a bird of prey enthusiast with a theatrical side. Using her extremely extroverted personality and passion for conservation education, she has worked at several zoos, speaking and flying birds in zoo shows. When not spreading her love and knowledge for feathered beauties, she is a proud Ohio State Buckeye and amateur animal photographer. Follow her on Instagram. 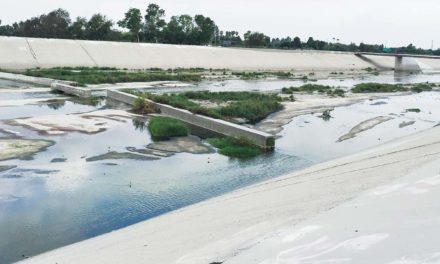 Birding at the LA River 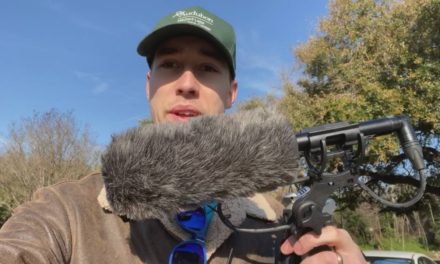 My first time recording birds with a shotgun microphone 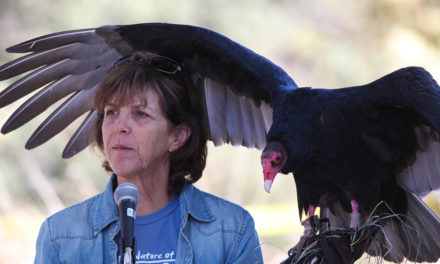